As it is understood by most drivers, the blood alcohol concentration (BAC) limit in California and beyond is 0.08 for the average motorist. If your BAC level is recorded at 0.08 or higher, then you are legally intoxicated, and a prosecutor can confidently charge you with driving under the influence (DUI). However, someone holding a commercial license and operating a commercial vehicle will be held to a lower limit of just 0.04.

Examples of commercial vehicles include:

Just as the BAC limit is different for commercial vehicle operators, so are the potential penalties for a DUI conviction. As a commercial driver being accused of driving while intoxicated, you will face the standard punishments of high fines and possible jail time, but your commercial driver’s license (CDL) will likely be suspended as well. Even for a first-time DUI in California, it is probable for sentencing to include a CDL suspension of at least four months.

Having your CDL suspended is similar to being outright fired. Without your CDL, you will not be able to continue working as usual, and your employer might not have any side projects you can work on in the meantime. To this end, commercial drivers can have their careers, finances, and the wellbeing of their families all jeopardized due to a DUI conviction.

Fighting Back to Protect Your Career from CDL Suspension 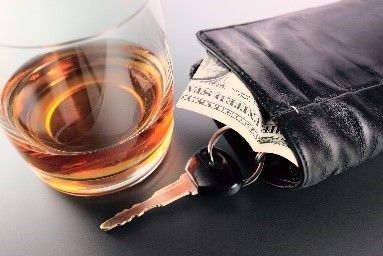 If you want to avoid the worst case scenario of losing your ability to go to work, then you need to be ready to protect your CDL from suspension. Prepare your case and argument with the help of the Law Offices of Evan E. Zelig, P.C. and Santa Rosa Commercial DUI Attorney Evan Zelig. With more than a decade of experience with criminal law and a track record that includes thousands of successfully handled criminal cases, we are poised to provide the representation and advocacy you need during this trying time. We can fight on your behalf for a case dismissal, not guilty verdict, or a sentencing reduction that does not include a CDL suspension.